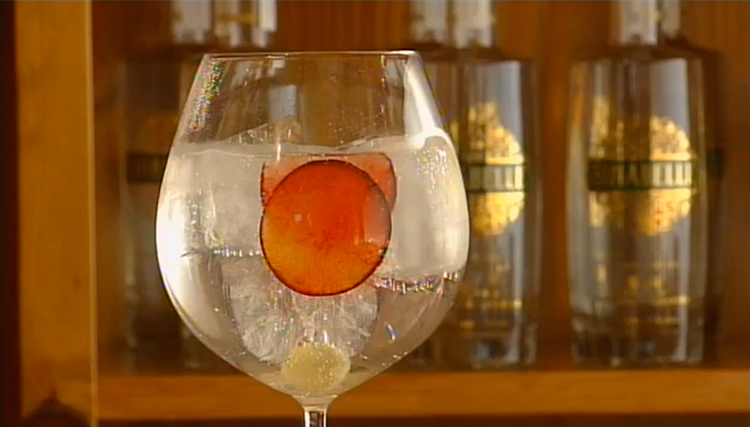 Posted at 16:10h in News by pdpadmin
0 Likes
Share

The world’s first Gin of Mirabel is already out in the markets. It is called Ginabelle and is made in a distillery in the “Baixo Miño”-Region. They have developed the project after winning a worldwide drinks competition in London. Mirabel, Albariño and gorse flower are the main ingredients of this hundred percent Portuguese Gin.

They managed to concentrate the flavors of Baixo Miño in a ‘gin tonic’. The Mirabel and landings of Albariño are the key ingredients of Ginabelle, a Galician Gin which can now be found in speciality stores throughout Galicia, Portugal and the United Kingdom. The project was born 3 years ago, but it received the final push in 2013 when they managed to win the “Seed Diageo” prize in London, surpassing 300 innovative beverages from around the world.

The Mirabel is a small sized type of plum and has a delicate flavor. It arrived at Rosal from the German Black Forest in the 30s, and today is one of the most significant fruits of Baixo Miño. For the first edition of Ginabelle they destilled 20 tons of fruits from their own plantations.

Mirabel-fruit has a very limited harvest time, between July 15 and August 15. The rest of the year does not require great care, since these fruit trees are perfectly adapted to the microclimatic Rosal. Of course, a good pruning is critical for a good fruit quality.

The Ginabelle basis is made with the Mirabeldestillation and grain alcohol. After the macerating and the boiling separately of Albariño landings and four other botanical elements that can not fault the gorse flower.

After joining the elements and making one last distillation to integrate the flavors. The result, they say, is a complex and fruity Gin that does not need more seasoning than ice and tonic. Or, if you want to impress, you can add an infusion of red fruits.

The goal of these entrepreneurs is to win the younger audience with a different Gin with deep Galician roots.